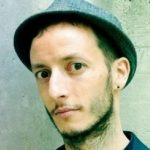 Julien Guyon joined the Applied Probability team at CERMICS on September 1, 2022, after working as a quantitative researcher in the financial industry for 16 years at Societe Generale (Paris, 2006-2012) and Bloomberg L.P. (New York, 2012-2022). Julien was also an adjunct professor in the Department of Mathematics at Columbia University and at the Courant Institute of Mathematical Sciences, NYU, from 2015 to 2022; and previously at Universite Paris Diderot and Ecole des Ponts ParisTech. Julien serves as an Associate Editor for Finance & Stochastics, SIAM Journal on Financial Mathematics, and Journal of Dynamics and Games, as well as a Managing Editor for Quantitative Finance. He is also a Louis Bachelier Fellow. His main research interests include nonlinear option pricing, volatility and correlation modeling and calibration, (nonlinear) optimal transport, and numerical probability.

A big soccer fan, Julien has also developed a strong interest in sports analytics, and has published several articles on FIFA and UEFA competitions both in academic journals and in top-tier newspapers (The New York Times, The Times, Le Monde, El Pais, etc.) including a new, fairer draw method for the FIFA World Cup. Some of his suggestions for draws and competition formats have already been adopted by FIFA and UEFA.